We are pleased to introduce you to an exciting band we had the pleasure of working with last year. We met Nuns of The Tundra at the BBC Music Introducing Live expo at the Tobacco Docks, where Kore Studios had a stand. The expo was an opportunity for up-and-coming musicians to be introduced to industry professionals, as well as the eager minds behind BBC Music Introducing.

BBC Music Introducing Live is an enriching experience for anyone looking to break into the music industry. Artists and producers can attend panels featuring industry experts, or hone their craft in a range of practical workshops. The event is teeming with opportunities to network and gain feedback from established A&R professionals. As we set up our stand, we couldn’t help but feel the palpable excitement in the air.

Throughout the expo, Kore Studios ran a competition that piqued the interest of Troy Tittley, lead singer of Nuns of the Tundra. Artists would submit their Spotify tracks, and our favourite artist would get the chance to record at our West London studio. Ultimately, we were impressed by the band’s energetic and raucous take on alt-rock, and selected them as our winner! Needless to say, we were looking forward to working with them and we were not disappointed. 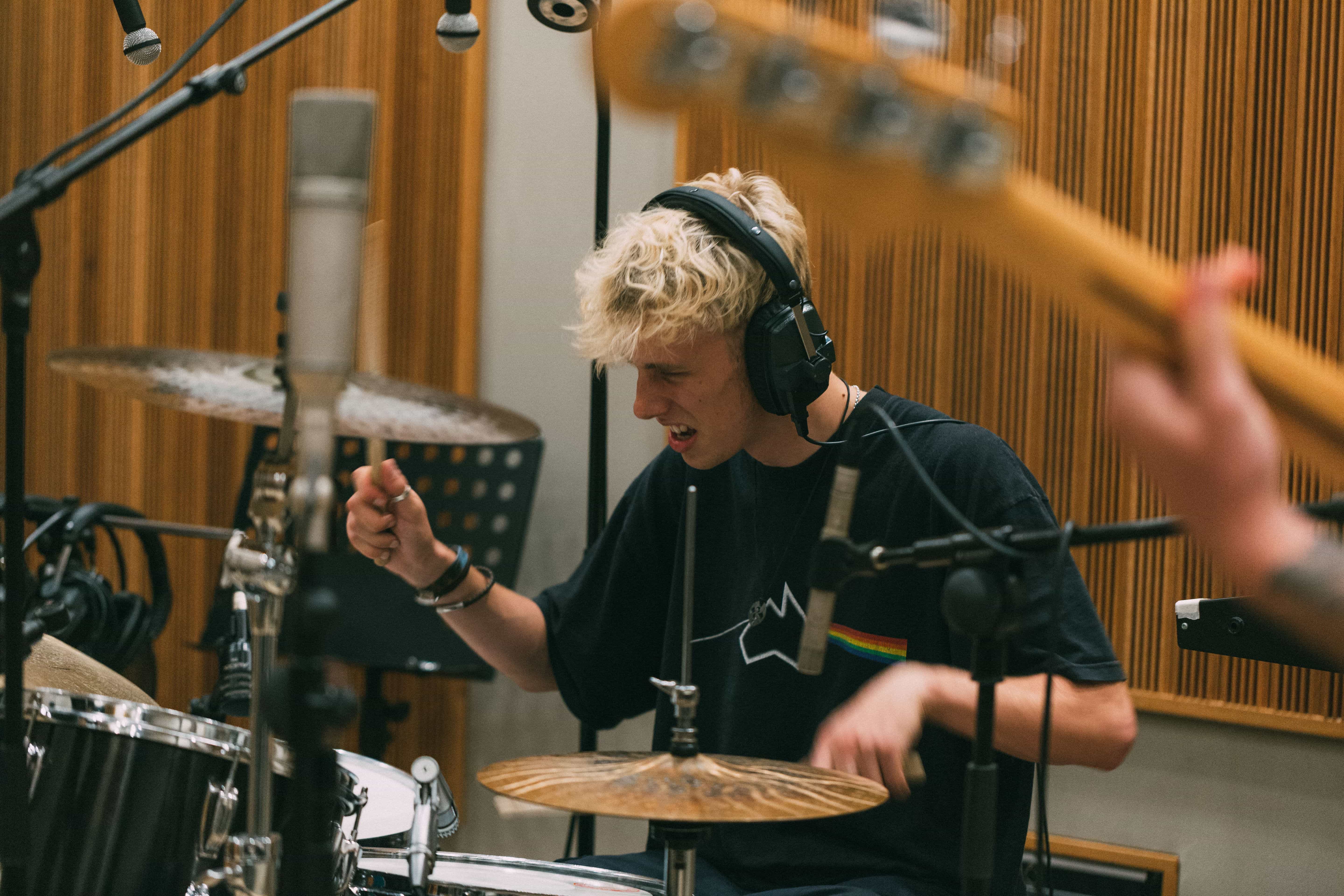 Introducing Nuns of The Tundra

Since 2017, Nuns of the Tundra have ridden the ‘Worcester Wave’ with their raw and rapturous sound. The band describe their sound as ‘dirty desert stoner rock’, inspired by the intense, gratifying riffs from bands such as Queens of the Stone Age and Them Crooked Vultures. It didn’t take long for them to start shaking up their local scenes, having headlined Worcester Music Festival as well as the Birmingham Town Hall.

When performing at Cheltenham Town Hall, Nuns of the Tundra unveiled a brand new line-up. Aside from Tittley as frontman, the line-up consists entirely of fresh blood with Daniel Goode on guitar, Tom Bendon on bass and Finn Fraser King on drums. These new members bring an eclectic new range of influences to the table, from tech metal to jazz drums – creating an intoxicating combination of swagger and groove.

Nuns of the Tundra have been supported by BBC Music Introducing throughout their career. The band were picked up by BBC’s Steve Lamacq and Huw Stephens, who premiered their bombastic single Baby’s Got a Box of Matches on BBC Radio 1. The band have also been championed by the band’s first local BBC Introducing team, spearheaded by Hereford and Worcester’s Andrew Marston. 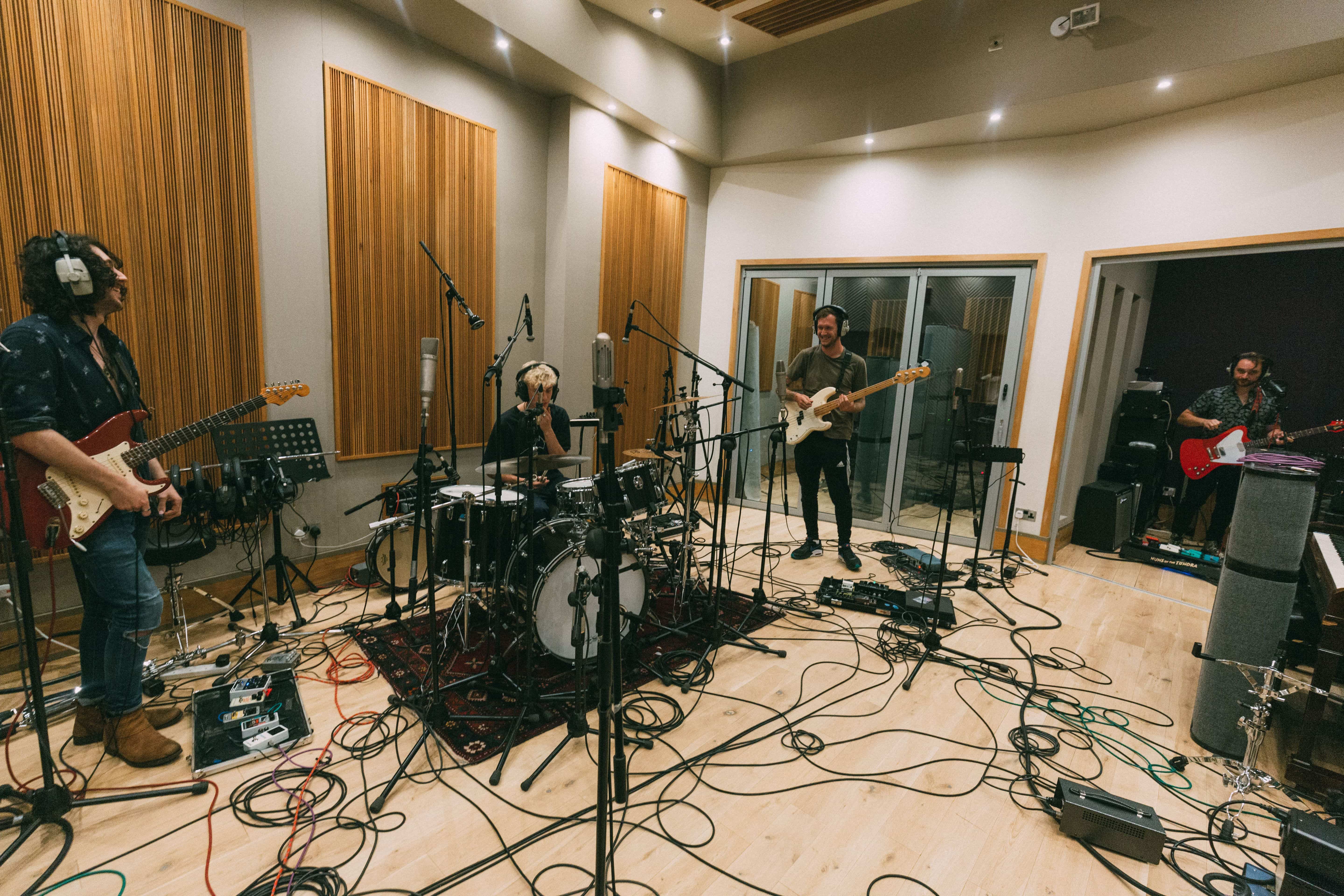 The World’s Gone Crazy and So Have I

The title of Nuns of the Tundra’s EP seems apt given the current circumstances! This release was the first with the band’s new line up, and they were eager to get into our studio. Having consulted with our in-house producer George Apsion, the band decided to go old school – recording as a live band rather than in separate layers. We decided this style of recording would accentuate their rough and ready sound.

Over the years, Kore Studios has earned their credentials as the perfect studio for recording rock music. Bands that have graced our studio range from The Cranberries and Manic Street Preachers to Razorlight and Stereophonics. We also offer an eclectic range of vintage studio equipment, helping bands tap into that gusty, unrefined rock style that so many indie artists are looking for nowadays. We help these artists marry their style with a slick, high-quality professional recording. This can be achieved using the API 1608, our treasured analog console.

For us, Nuns of the Tundra’s energy and talents as live performers needed to be evident in the final cut. For that reason, we decided to record all 3 tracks live off the floor from The World’s Gone Crazy and So Have I in our live room. 42 square metres in size, this room functions as both a large space for live performances and a recording space with two isolation booths.

Overall, it was a great experience recording with Nuns of the Tundra. See for yourself in the first of several videos, which take viewers on a journey through our professional recording, mixing and mastering process. 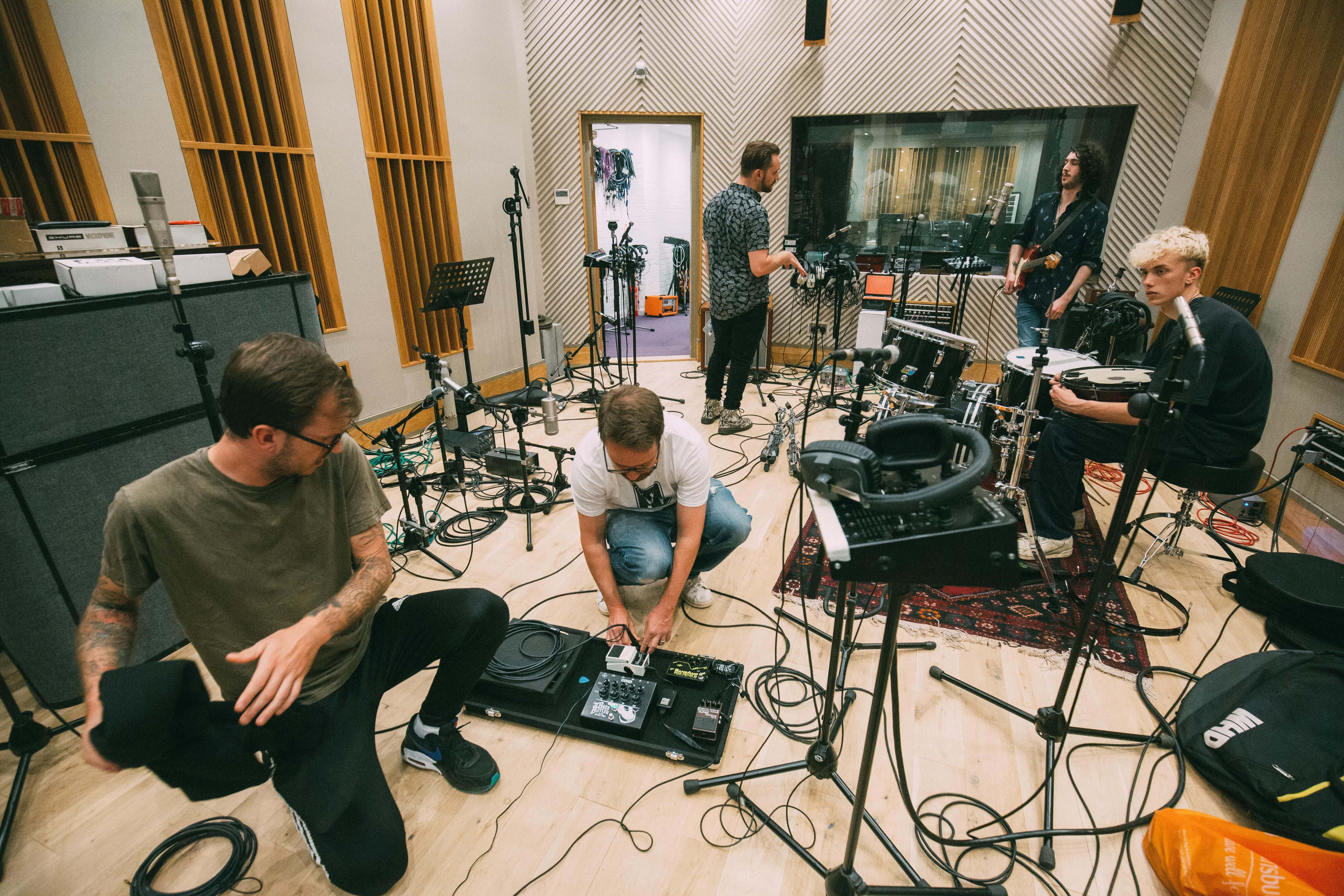 Of course, none of this would have been possible without BBC Music Introducing. Since 2007, BBC Music Introducing has been pivotal in launching the careers of some of the UK’s freshest and most talented unsigned acts. We can thank them for introducing us to the likes of George Ezra and Ed Sheeran, as well as Catfish and the Bottleman and Florence + the Machine (both of whom have coincidentally recorded at Kore Studios).

BBC Music Introducing provides a lifeline for burgeoning musicians looking to put their music out there. By uploading their tracks, artists have the chance to be featured by local radio presenters and producers across the UK. If they like what they hear, the tracks have the chance to be broadcast on local, and even national stations such as BBC Radio 1, 1Xtra and Radio 2.

There are currently over 470,000 tracks uploaded to the BBC Music Introducing website from 190,000 artists – representing the best under-the-radar talent across a wide range of genres and local scenes. Think you have what it takes to grace the airwaves of some of the UK’s most popular radio stations? Head to the official BBC Music Introducing website to find out more!

In uncertain times, we want to do what we can to help aspiring and professional artists continue to make great music. Whether it’s to book a session at our West London recording studio or to try out our online mixing service, get in touch with the Kore Studios team today.