“‘Rock is dead’ is bollocks” – An interview with Revolvers

The heyday of UK-based indie rock seems to have passed us by. It’s been more than a decade since we had our first taste of Arctic Monkeys, ten years since Oasis disbanded, fifteen years since we first heard Kasabian’s iconic Club Foot… but there is a resurgence.

It may not be the early noughties anymore, but that doesn’t mean that the rock scene is dead. In clubs and bars across the country, the indie rock revival has begun. The success of the likes of Catfish & The Bottlemen or The 1975 – whether you like their music or not – can’t be understated and we’re continually exposed to more and more young talent.

One of the new UK indie bands we’re most excited about in this period of rock revival are Revolvers. They released their debut EP Your Indie Heroes Will Betray You back in January 2018 and have recently recorded their follow-up right here at Kore Studios. We’re extremely happy to have been a part of the musical journey of one of our favourite upcoming UK bands, so we sat down with Revolvers’ lead guitarist, vocalist and all-around nice guy, James Thurling to talk about how their band came to be and what the future holds for the band.

Every band has an origin story, often fraught with breakups, arguments and uncertainty. The guys from Revolvers originally met at the University of West London back in 2016, but by March 2017, his bandmates realised that education can get in the way of rock stardom, leaving the band with James staying on as the sole original member. “There’s no bad blood there,” he tells us, but if Revolvers were to continue, he needed to find some replacements quickly. Taking to the internet, placing an online ad, he’d soon found his new band.

Revolvers had been gigging for a while around London, their indie-pop sound getting them enough attention to put together their debut EP in August 2017. Recorded at the university’s own recording studio and mixed with the help of some friends from James’ music production course, the record marked the first time Revolvers signature sound was produced professionally.

With the release of Your Indie Heroes Will Betray You in 2018, the band started playing in some of London’s most iconic venues. If a venue supports new upcoming bands from the rock sphere, Revolvers have played there, from the Water Rats to Nambucca to the Camden Assembly, they’ve got a serious start considering they only have one EP under their belt… but all that’s about to change.﻿

James is happy to admit that, while great at the time, their debut just didn’t cut it on a big scale “The EP is good”, he tells us, “but it’s just not industry standard”. For a project crafted entirely within the confines of a university, YIHWBY is an undoubtedly impressive release, but it doesn’t come with that fully polished feel that can only come with a professional recording studio.

Fortunately, Revolvers found Kore. After going through seven separate studios, the band eventually decided that Kore would be right for them. James told us that, at first, the “arsenal of equipment” behind the doors of Kore was a little overwhelming, but with a little encouragement, they’d soon booked a session.

So, what made Revolvers’ experience at Kore such a positive one? “Well George was really digging our sound,” we’re told by James, “I thought it’d just be a case of taking our money and saying “have a nice day” but that wasn’t the case at all. When Revolvers began recording their second EP late last year our in-house producer, George Apsion, gave them a taste of the Kore experience.

Why record at Kore Studios?

James is happy to admit that, while he still really enjoys the band’s older stuff “we didn’t really know what we were doing”. In working with the team at Kore, he tells us that the band have really grown to understand their sound, a move that’s going to be reflected with the release of their new EP.

While they initially had a far more indie-pop sound, Revolvers’ next project will be vastly more guitar-driven. “It’s like modern indie rock shaking hands with the 60s and 70s,” he tells us, it’s going to be a “real rock ‘n’ roll” release. When we ask James about his influences he’s keen to admit that, like many musicians, The Beatles are at the top of their list, unsurprising when you discover that their name was directly pulled from the Fab Four’s final record; 1966’s Revolver.

To avoid falling into the trappings of what they see as a sometimes contrived and formulaic genre, Revolvers keep their influences open. James tells us that their new EP will contain material influenced by indie heroes like Arctic Monkeys and The Strokes, while also working in elements inspired by titans of alt-rock such as Black Rebel Motorcycle Club and Queens Of The Stone Age.

At the end of all of our interviews at Kore, we like to ask bands some pertinent questions from a range of musical topics.

Kore Studios: What do you say to those who say rock is dead?

James Thurling: “Rock is dead is bollocks.” James’ response is clear-cut to say the least. While he does think that some of the biggest rock bands out there are somewhat uninspired he doesn’t believe that that’s the case for rock music overall. Going on, he tells us that he believes that the likes of Sticky Fingers, Marmozets, Greta Van Fleet and London’s own Shame are breathing new life into the genre.

James firmly believes that all the rock scene needs is one artist to come out and do something completely different to revitalise the music. “We need a Nirvana moment…” he says, “if Bowie can do Blackstar at 69, what’s stopping a teenager doing something just as good in their bedroom?”

JT: “The Camden Assembly is a great venue, but we always have a great time when we play The Water Rats.”

KS: What’s your dream venue to play at?

KS: If you could bring any musician back to life, who would it be?

JT: “I want to say Lennon… or maybe Jimi Hendrix.”

KS: If you could open for any artist, living or dead, who would you choose? 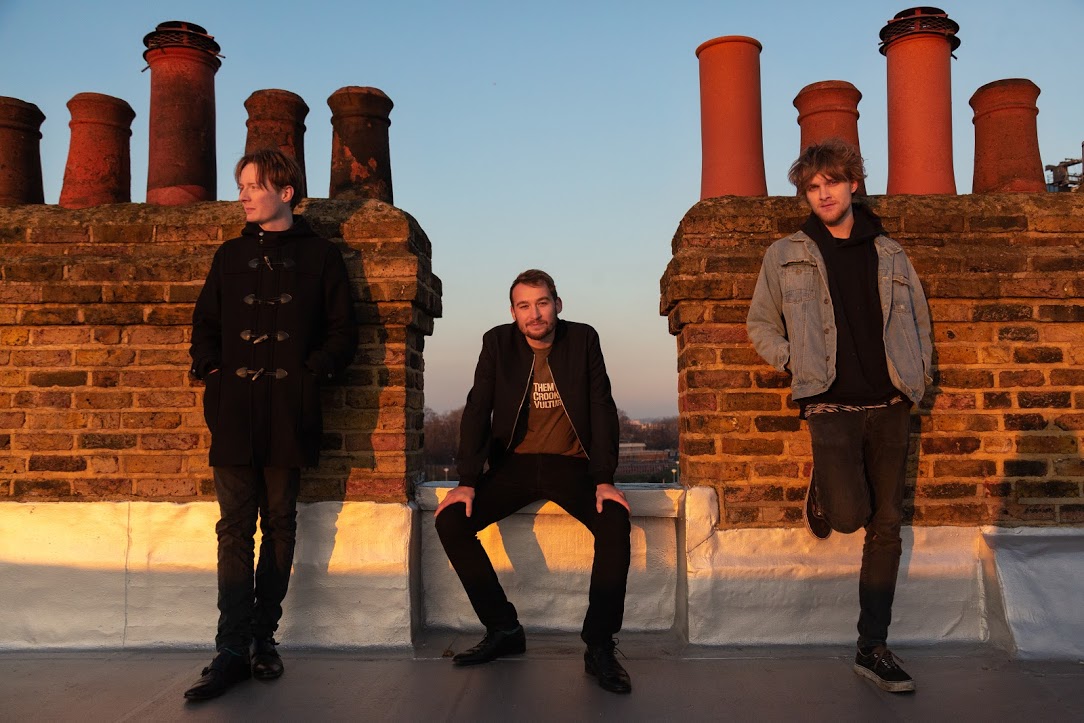 What next for Revolvers?

Looking back on 2018, James admits that he wasn’t particularly impressed with the wider musical landscape. While he’s been listening to a lot of Australian rock outfit Sticky Fingers and thought Arctic Monkey’s controversial Tranquility Base Hotel and Casino was decent enough, James wants 2019 to be far more interesting, and he has high hopes for Revolvers’ future.

With the new EP recorded, we can look forward to it being released, along with a new music video, on the 20th of February… or at least part of it. Taking a novel approach to the release of the project, Revolvers will be releasing each of the four tracks on the EP individually, with a six-week gap between each song.

James is confident that with a firmly cemented new sound and strong relationship with a musically knowledgeable producer, 2019 is going to be Revolvers’ year. We’re certainly excited to hear the new EP and to see exactly what the guys are going to release, how they’ve changed and the impact they make on the indie scene. Their next gig is on Friday the 1st of March at The Water Rats, so get down there and check out one of the best new indie bands in the country.

If Revolvers’ experience at our studios has tempted you to record your own music in a professional setting, what are you waiting for? Get in touch and book a session today, who knows where it could take you?