I wanted to shed some light on the Tweed console we offer in our Studio B. This vintage broadcast console was built in 1978 and was originally used at Radio Forth in Scotland. Very little is known about the Tweed company, except for the fact that they share a connection with the well-known Neve boards of the day. For those in the know, Tweeds are very special, with all of the character and quality of their better-known cousins, except without the hefty price-tag! Tweed consoles have been put into service in great studios all over the world, with Delta Lab in Denmark and Mad Oak in the USA being well-known examples. 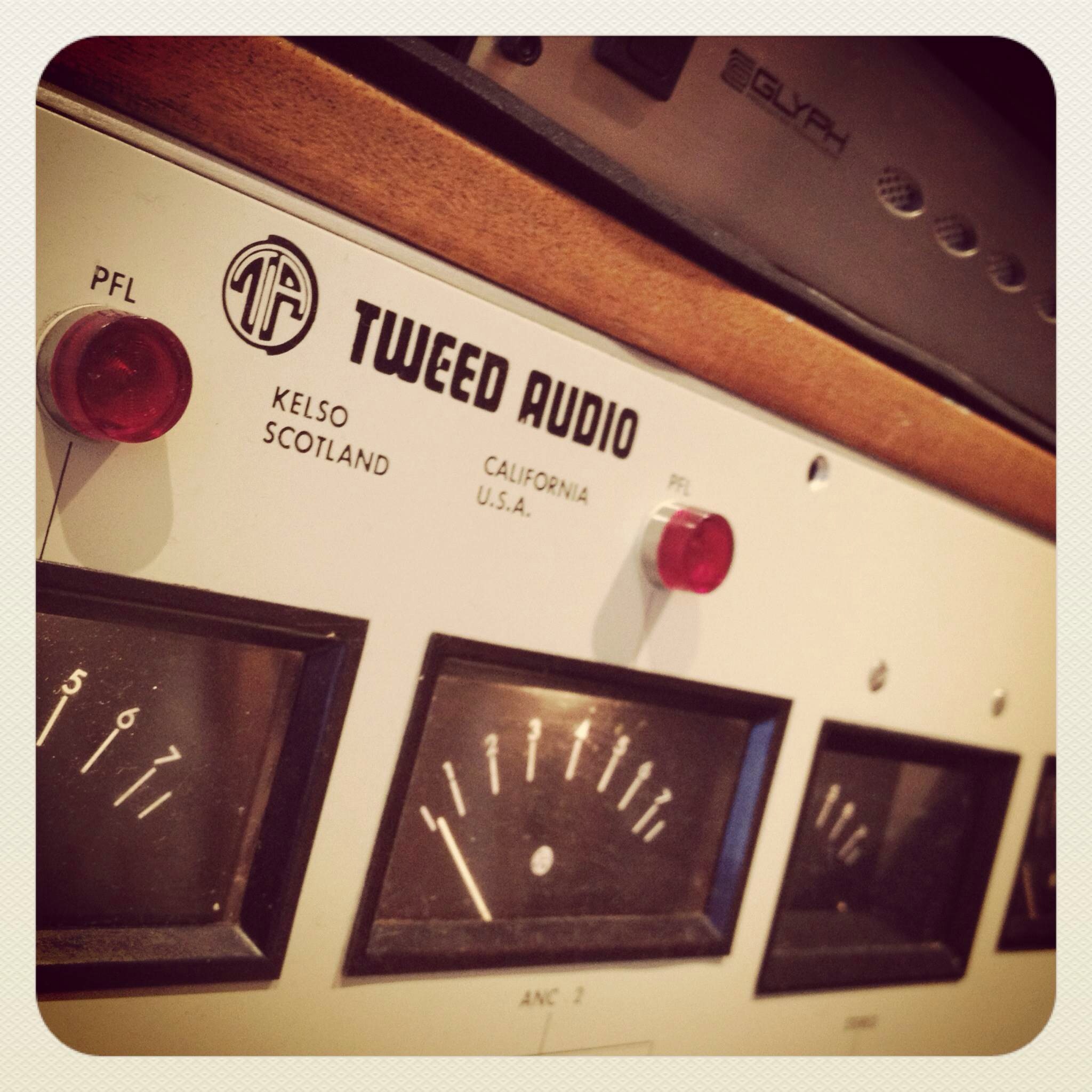 Tweed was started by Kursheed Mustafa, the former production manager of the Neve module factory in Kelso, Scotland. It is also rumored that David Rees, Rupert Neve’s cousin and designer of the 2253 / 2254 limiter compressors, had a hand in the design of their products. The company closed at some point in the early 80s.

We were lucky to find our Console on ebay a couple of years ago. It was in very good shape, but received a thorough service to ensure reliable use from our friend and well-known vintage gear specialist Pom. What is unique about this particular Tweed is that it employs Marinair transformers on the input channels, as opposed to the more commonly used Sowters. The desk is split in half, with 8 x c515 mic/eq modules on the left and 6 x c570 stereo modules on the right. The additional two mono fx returns allow for a total of 22 inputs to the mix buss. A handy producer desk, perfect for a screen, mouse and keyboard, forms the centre section. 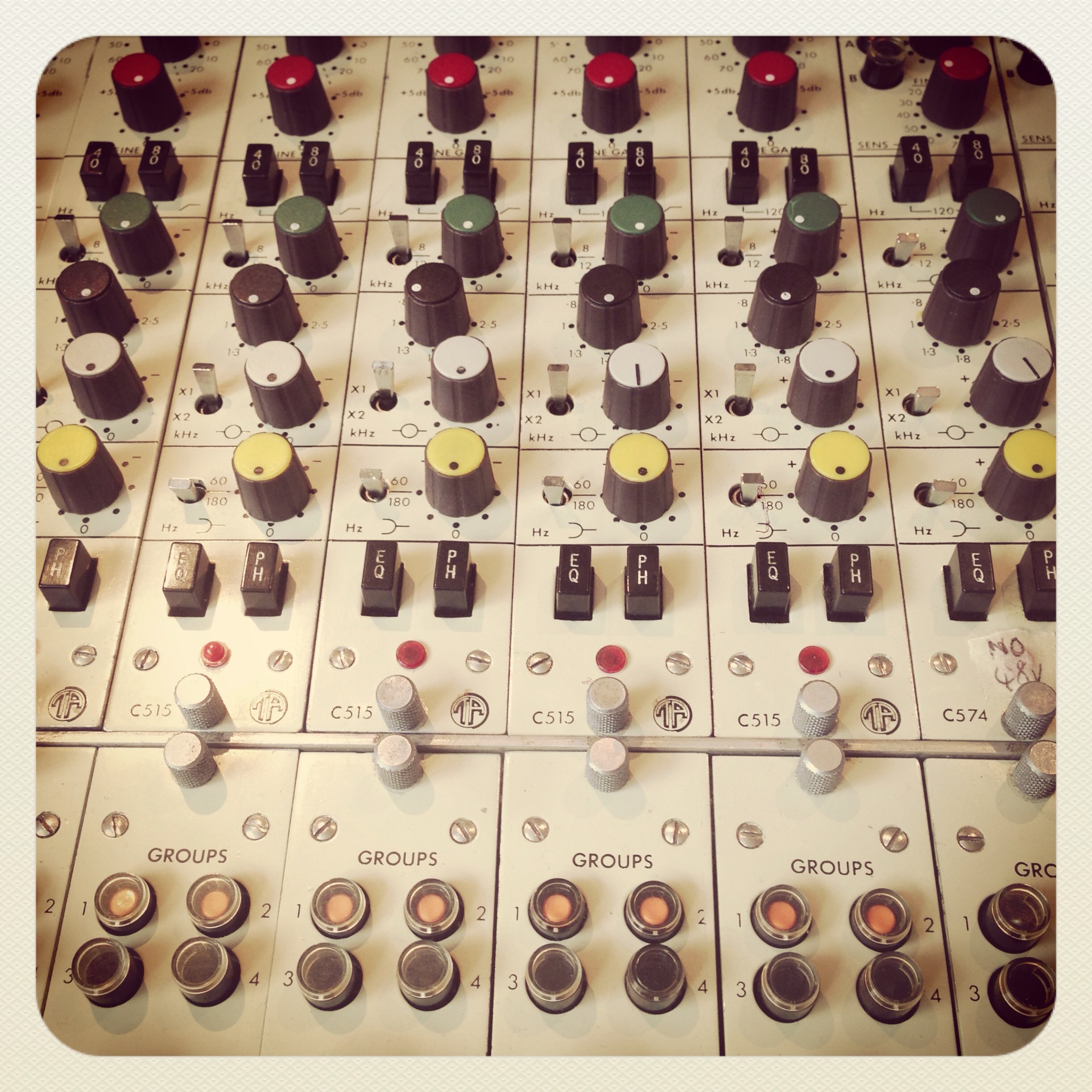 The desk has four groups, and is configured such that Groups 1&2 are cascaded into Groups 3&4. This allows us two master faders. The first of these feeds the mix buss, while the second is patched into Pro Tools for mix printing. Like many vintage consoles, overloading the output allows you to add further character to the sound. This configuration allows us to achieve this whilst attenuating the (hot!) post mix buss signal feeding Pro Tools.

Mixing on this desk is a real pleasure, with a very obvious vintage character imparted to anything that passes through it. This acts as the ideal counterpoint to the cleaner Audient console we offer in Studio A. Pom was also able to build us an 8-way rack for the C515 mic-pre/eq modules, which means they can be called upon if more input channels are needed downstairs. I have included an old factory spec sheet of the c515, a gorgeous class a/b module, here. 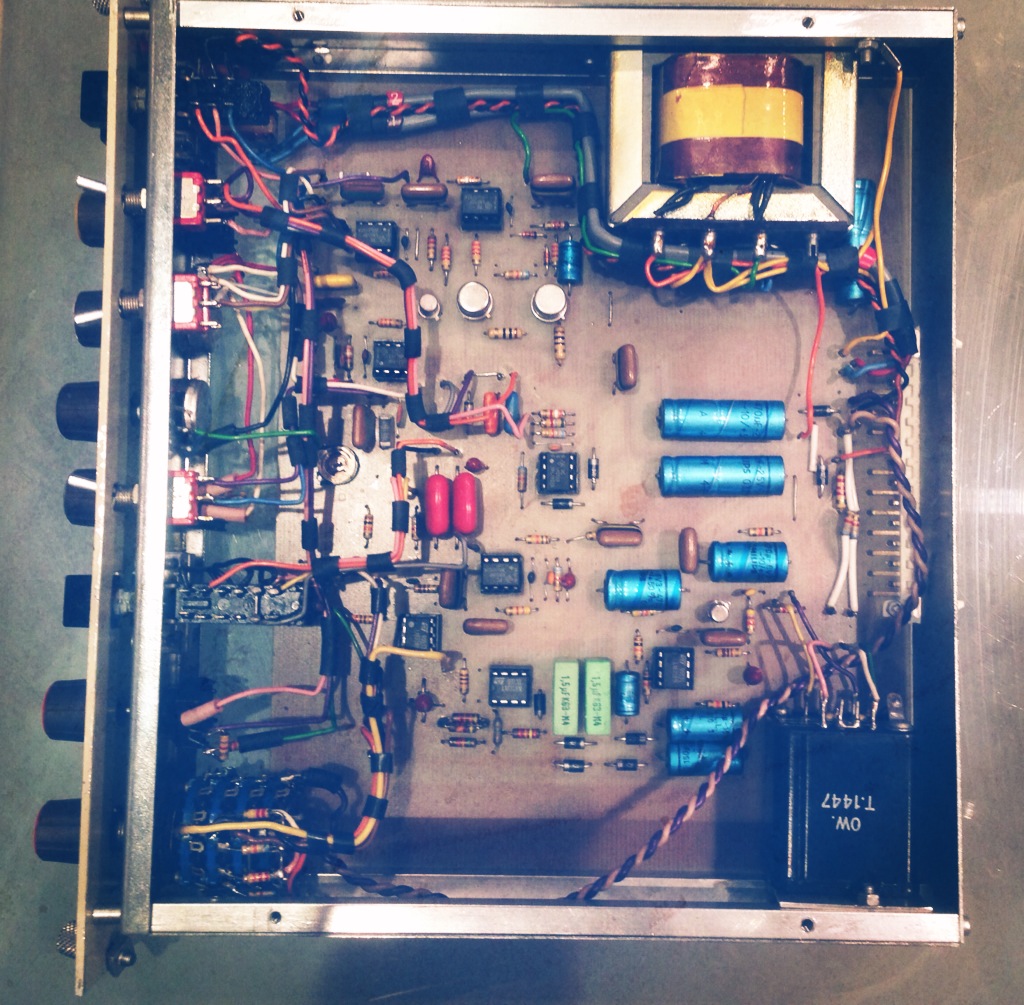 Having used them on many occasions side-by-side our Neve 1081 /1073’s, I can comfortably say that I always favor the Tweeds. To my ear they have a grittier, bigger sound that is perfect for drums and guitars. Forgive the clumsy metaphor, but if the Neve were to be described as a heavy weight fighter, then the tweed would be a gypsy bare-knuckle boxer!

Below are a couple of audio files of a re-amped guitar signal, fed through a Neve 1081 and Tweed c515. You can let us know what you reckon!